The endless suffering of the riverine area farmers in Pakistan depicts the disaster that climate change is bringing to the most vulnerable marginalized communities. In March 2015, sudden rains and low floods had washed away the almost ready to harvest wheat crops of various villages along the Chenab River in the area called Ghanta Ghar, Mozan Nawabpur, Multan district; than later in July 2015 floods had forced communities to evacuate or live cut off from the rest of the city among the swirling waters. Daily coming and going became dependent on small row-boats which charged the villagers either per journey or even yearly payment of fixed amount of wheat grains. We have reported on their hardships earlier. 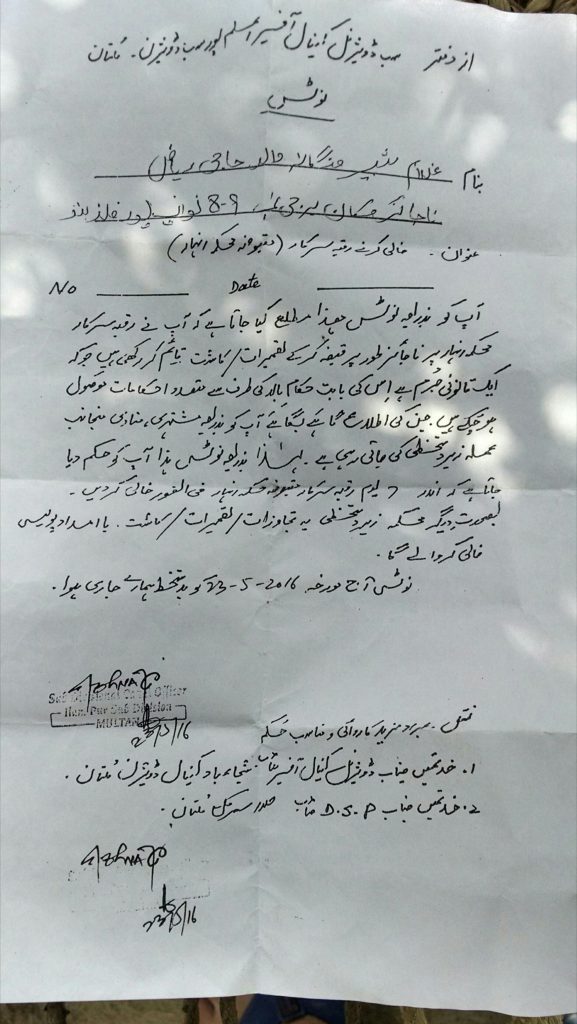 Now once again there are flood warnings being issued by the government. In early Ramazan (early June), government had raised to the ground some homes but then stopped, supposedly because of Ramazan. Now they are back. Bulldozers are smashing the small mud-houses to the ground. According to the government officials who are with the eviction team these people were given notices earlier and they have to be evacuated as this land adjacent to the river bank and the government has to reinforce the embankment (bund) called the Sipar Nawabpur Bund. According to the officials there they will be abolishing 700 housed within this week. The police has barricaded the area not even allowing people to remove their belongings or go near the site.

No doubt, there are expected flood but that is nothing new. If this land was not safe why were people allowed to sit here in the first place. Second, many people had purchsed land here after the 2010 Super Floods – why was land sold to these farmers if indeed this area was not safe? 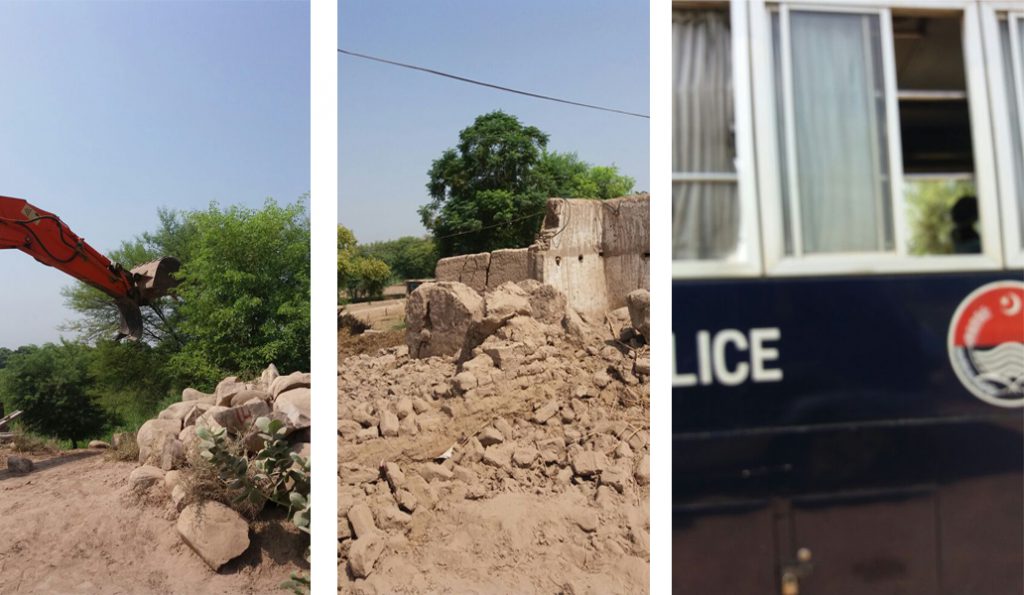 No doubt, there is a flood warning but where do the people go? Our shameless government officials are forcing people to evacuate without giving them an alternate abode.  Nobody allows them to put down their belongings and makeshift abode. 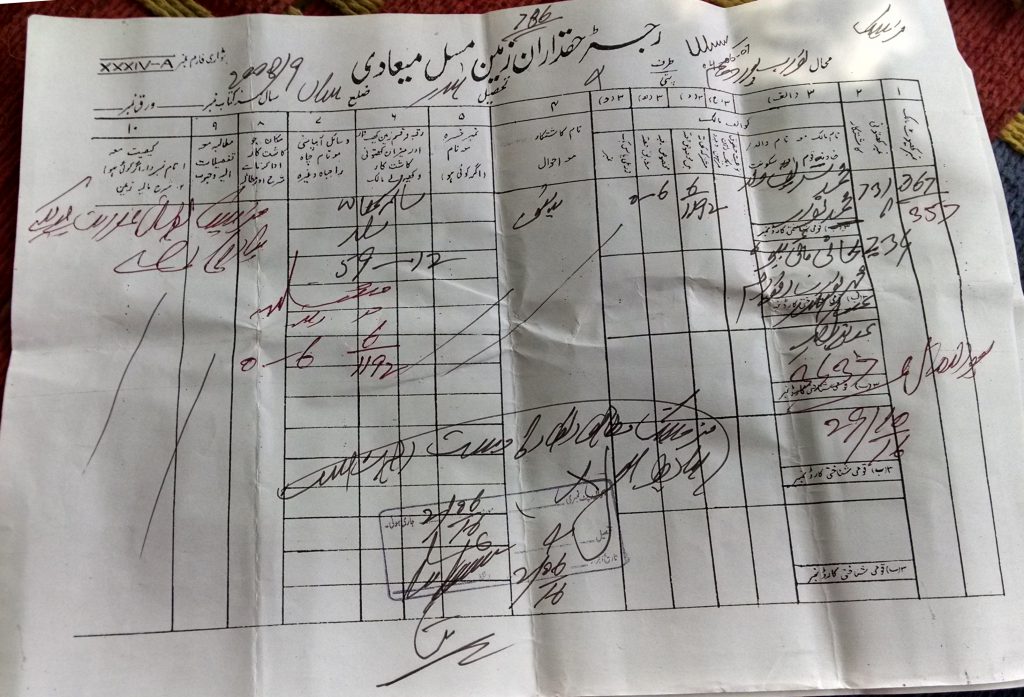 It is criminal that on one hand these people suffer from climate change calamities – dumped on their heads by the profit-driven capitalist growth – and on the other hand they are given no support from their own government. In a matter of 16 months, this is the third eviction that these communities are facing! 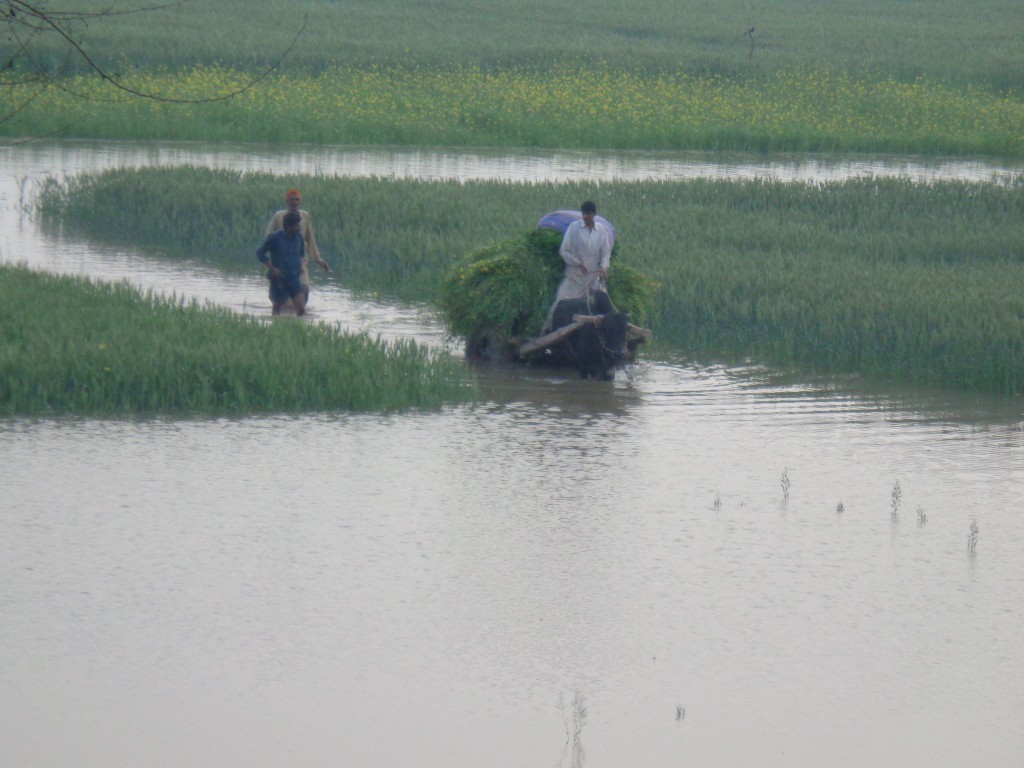 A farmer saving what he can of the destroyed wheat harvest. He will use the wasted crops as fodder for his livestock. March 2015 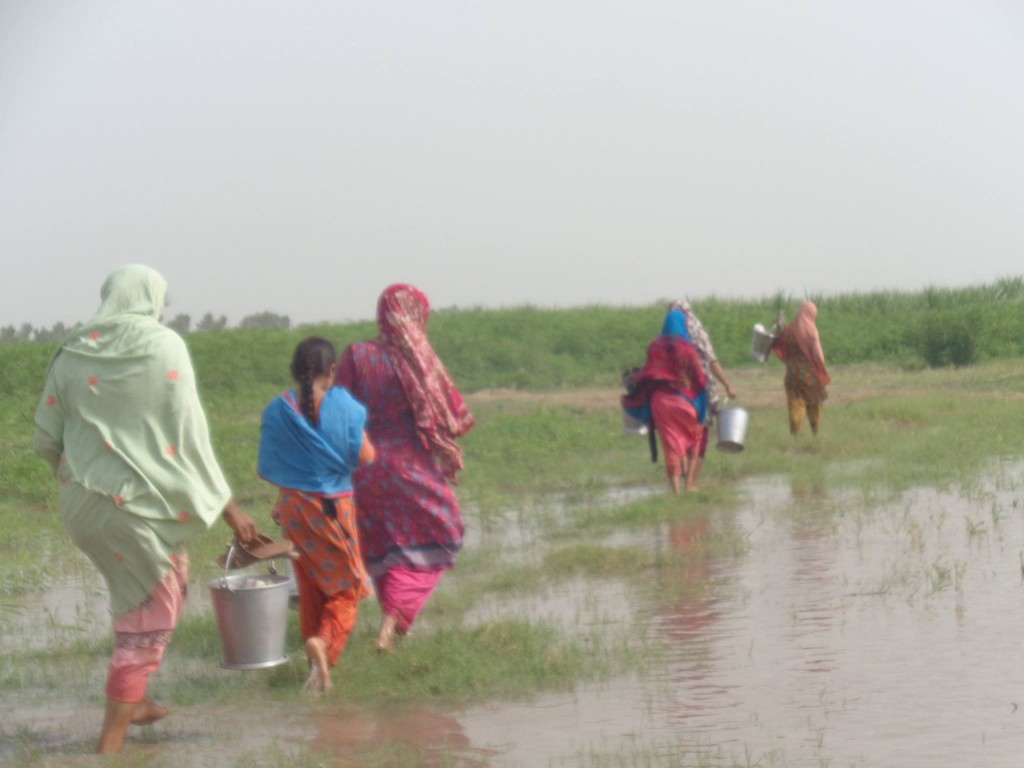 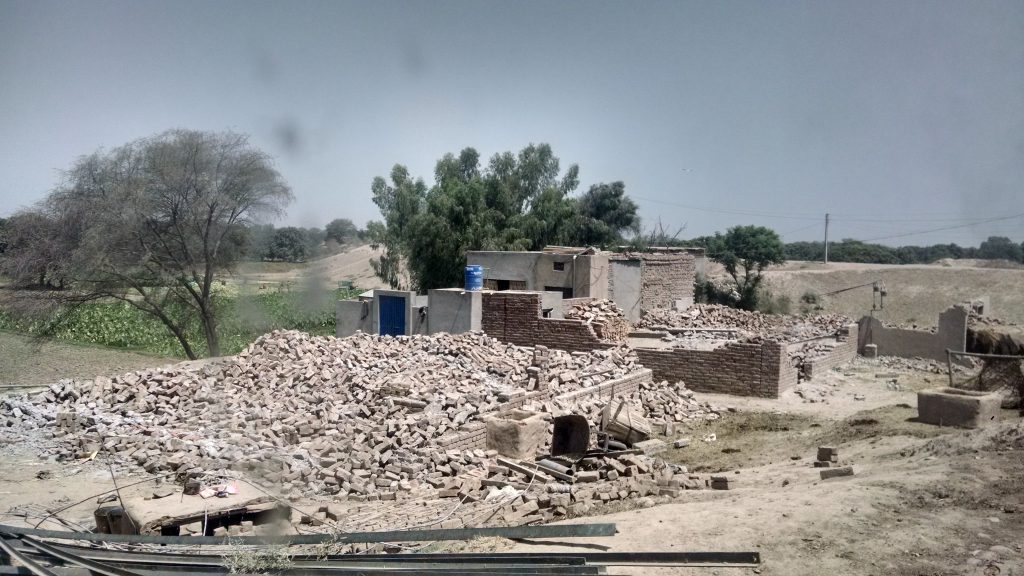 The Miserable Life of the Kacha Area Farmers: Facing Evacuation Once Again!

In the Jaws of Climate Change